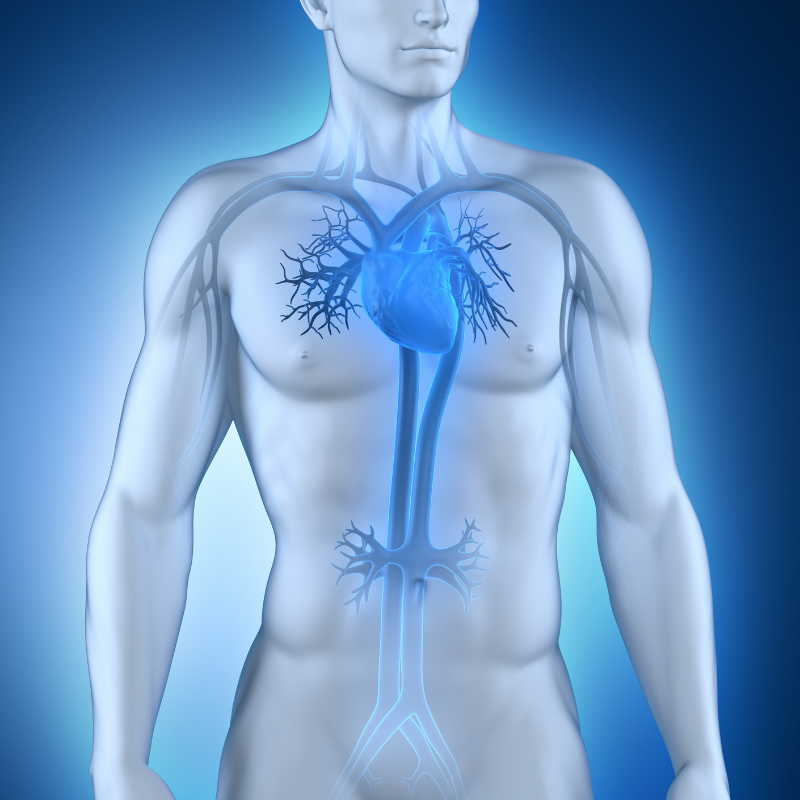 Cardiomyopathy resembles a group of diseases that affect the heart muscle. It is divided into four major groups. They include hypertrophic, dilated, restrictive cardiomyopathy, and arrhythmogenic right ventricular dysplasia (ARVD), while other types exist also. Hypertrophic cardiomyopathy affects approximately 1 in 500 people, and it is the main cause of the sudden cardiac death in young people. It is estimated that nearly 720 000 people in the United States have this condition. Dilated cardiomyopathy occurs in 1 in 2,500 people, mostly in the third or fourth decade of life. Restrictive cardiomyopathy is the least common of these types, accounted for 4,5% of total cardiomyopathy cases. The ARVD is very rare, but it represents the leading cause of the sudden death of younger athletes.

In lot cases, an origin of cardiomyopathy is unknown, but there are some known causes to this condition which include:

Cardiomyopathy can be without any symptoms in the early stages, but as the condition becomes more severe, symptoms are shown including:

Cardiomyopathy can over time lead to another condition including:

In heart failure, the heart can not adequately supply the organism with oxygen and nutrients, thus failing to answer their needs. Heart failure resembles a life-threatening condition.

Irregularities of the heartbeat are common complications. If the normal rhythm in atria is replaced by inconsistent and very fast electrical impulses, a loss of atrial contractions called atrial fibrillation may occur. Atrial fibrillation increases the risk for blood clotting.

Due to ineffective muscle contractions, blood flow in the heart is altered, slowed down, which sets conditions for blood clot forming. A blood clot can travel throughout the bloodstream, obstructing arteries in other body parts such as ones in the brain, causing a stroke, or obstructing an artery in the heart, inducing a heart attack.

Because the heart is structurally changed, heart valves may become unable to close correctly. This can lead to blood backflow or disrupted blood passing, additionally weakening the heart’s function.

The most severe complication of cardiomyopathy is the sudden cardiac death due to ventricular tachycardia or ventricular fibrillation which are abnormal heart rhythms.

For setting a diagnosis of cardiomyopathy, after the classical physical examination and using the personal and family medical history, the doctor usually needs to conduct:

Blood tests may discover the factors which caused the cardiomyopathy. Those factors include infections, metabolic disorders (diabetes or thyroid hormones disbalance), high level of iron, and other toxic substances. Also, a measurement of heart’s protein called B-type natriuretic peptide (BNP), which concentration is elevated in heart failure, is frequently conducted, as heart failure is a common complication of cardiomyopathy.

X-ray scans of heart and lungs are often conducted. They visualize potential abnormalities of heart’s size and structure; changes and fluid stagnation that occurred in the lungs.

Electrocardiogram shows if abnormalities of electrical impulses are present. This test can show abnormalities of heart rhythm which can occur due to heart enlargement or its structural damage.

Echocardiography relies on imaging created with ultrasounds. This method can show if there is a heart enlargement or heart valve problems.

Ergometry is a physical stress test usually including stationary bicycles, treadmills, or rowing machines. If a patient is unable to endure physical exertion, stronger heart work may be provoked with certain medicines.

An invasive procedure where a catheter is inserted through a blood vessel. The catheter is sent to the heart where it can collect a sample for laboratory diagnosis or ejects a contrast agent to get a clear X-ray picture of coronary arteries. 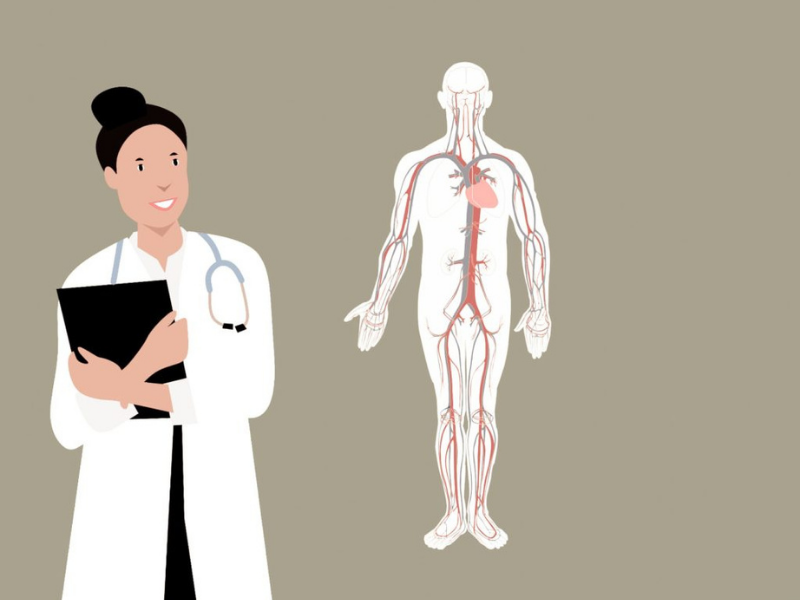 Cardiomyopathy can’t be prevented if it’s hereditary, so regular checkups are needed, but on other risk factors you can influence. So generally try to manage the risk factors such as hypertension, diabetes, nutrient deficiency, and thyroid hormones disbalance. Physical activity, healthy diet, stress relief, and refreshing sleep are crucial in heart health. Lower your weight if you are overweight. Avoid things like smoking, alcohol, cocaine and limit caffeine intake.

Cardiomyopathy is a serious disease. It is often diagnosed late, so the treatment begins later than it should. As the condition progresses, heart muscle grows weaker and weaker, heart pumping function and its electrical rhythm suffer. The four main types of cardiomyopathy are treated accordingly.

It is usually treated with medications which slow the progression of the disease and regulate the symptoms and possible risks. Medications such as beta blockers, calcium channel inhibitors, and various antiarrhythmic drugs can slow down the heart rate so the heart can eject blood more effectively. In some cases, hypertrophic cardiomyopathy is treated by septal myectomy, which is an operation done on an opened heart where the part of the thickened septum (the wall between two ventricles) is removed so the blood flow in the heart is improved.

The septal ablation is a procedure where the alcohol is injected in the small artery that is supplying the thickened heart muscle via a catheter, thus destroying that part. A pacemaker is not as effective as surgical procedures but is used in elderly people with high risk from surgery. Implantable cardioverter defibrillator (ICD) is a device that monitors heart work, and if it detects an abnormal rhythm, it shoots an electrical impulse that causes defibrillation, restoring normal rhythm.

Dilated cardiomyopathy is another common type of this disease. It can occur at any age, but it is more common in middle-aged people, mostly men. It is characterized by stretched heart chambers, particularly main pumping chamber (left ventricle), which stretches and thins, thus lowers heart’s pumping function. This is also known as an enlarged heart. It can be hereditary, caused by coronary artery disease or other causes.

The treatment usually includes medicines that increase the function of heart muscle as well as heart’s blood flow, lower the blood pressure, slow down the heart rate, eliminate the excess fluids from the organism (diuretics), and blood-thinning medication (anticoagulants). ACE inhibitors and ARBs lower the blood pressure, increase the blood flow, and decrease the heart’s workload. Beta blockers slow down the heart rate and lower the blood pressure. Digoxin increases heart contractions, reducing the symptoms. Devices that regulate heart rhythm, previously mentioned ICD and biventricular pacemakers which use electrical impulses to coordinate the contractions between left and right ventricles are sometimes used. In later stages of the disease, if the medicines and other treatments have no effects, heart transplantation is needed.

Restrictive cardiomyopathy is a rare type of cardiomyopathy. It can occur at any age, but it is commonly seen in older people. In this disorder the ventricles stiffen, becoming rigid and losing their elasticity. The pumping function may be normal at first, but the ventricles can’t be filled with blood normally due to this condition, which can damage the pumping ability. It may be hereditary or caused by amyloidosis, sarcoidosis, hemochromatosis, or by scar tissue.

This condition is difficult to treat. The best way is to follow the doctor’s recommendations in lifestyle changes and to use medications. Drugs can reduce the symptoms and increase the quality of life. Diuretics and nitrates can decrease the venous filling of the heart. Beta blockers can keep the sinus rhythm at a normal rate. Specific therapy for the amyloidosis, sarcoidosis, or hemochromatosis is needed if these conditions caused the cardiomyopathy. Sometimes, the pacemakers or heart transplantation is needed.

ARVD is a rare type of cardiomyopathy. Often caused by genetic mutations, where fat and fibrous tissues replace the heart muscle tissue in the right ventricle, causing abnormal heart rhythms.

Arrhythmia is treated with beta blockers or antiarrhythmics. Sometimes the ICD for protection of life-threatening arrhythmia is implanted, or radiofrequency ablation, where electrodes at the catheter tip damage certain spot on abnormal heart tissue using the heat, restoring the heart rhythm, is used. The disease is progressive and can lead to heart failure. In some cases, the heart transplantation is needed.