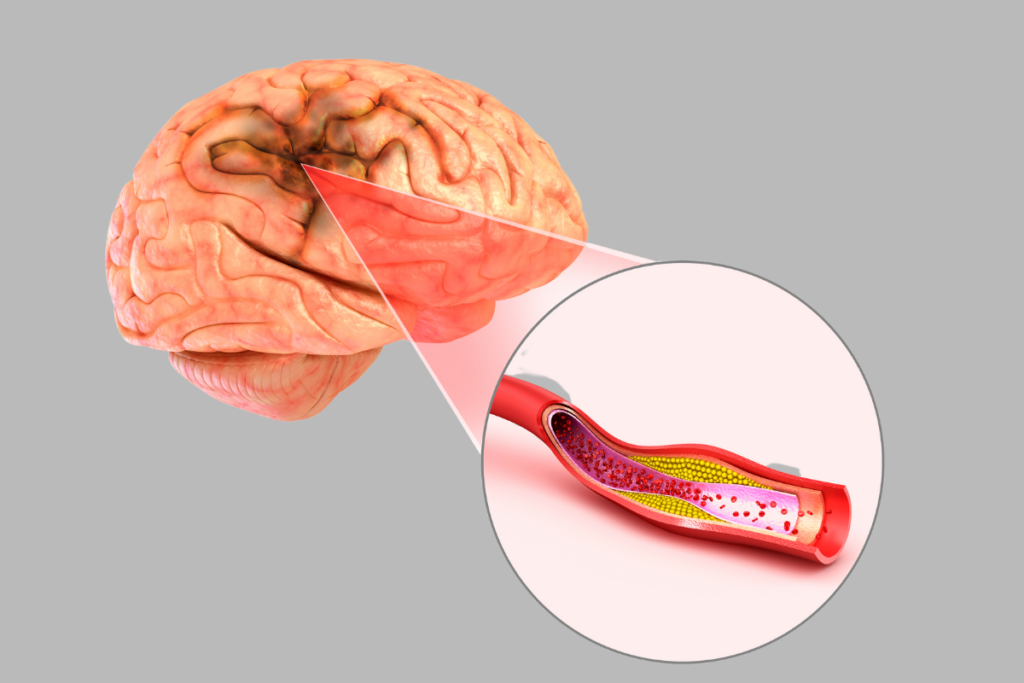 Stroke is the second leading cause of death in the world, right after the heart attack, taking more lives than breast cancer in women and prostate cancer in men. Every year more than 17 million people are diagnosed with a stroke, and approximately 6.5 million die due to it (11% of all deaths). It is the main cause of long term disability coming from all neurological disorders. Although it can occur at any age, 95% of all strokes happen in people older than 45, and the risk of dying is increasing with aging. The prevalence of stroke is bigger in women despite the fact that men have a higher risk because women generally live longer having more time to develop it in later life.

Stroke (cerebrovascular insult, cerebrovascular accident, brain attack) is a medical condition where the brain cells die due to an inadequate blood supply. If the brain cells are cut off from oxygen, they will die in several minutes which induces a neurological disability. The severity and type of disorders are distinguished depending on which part of the brain and how much of the tissue are affected.

One side of the body may be completely paralyzed or just left with some minor motor inabilities. If the blood supply is not completely lost, the functionality of brain cells is lowered, while their structural integrity stays. In case the blood flow isn’t restored in 6 hours, a cerebrovascular insult may occur.

An ischemic stroke happens due to arterial obstruction, and it is the most frequent type (around 80%). Blood flow is completely stopped. As a result, cells in the ischemic zone suffer necrosis. The main cause for ischemic stroke is atherosclerosis of big arteries when the atherosclerotic plaque builds up from cholesterol and fibrin cap narrowing the arterial lumen.  Most importantly, if atherosclerosis is present in cerebral arteries it could obstruct the blood supply on itself, causing an ischemic attack or a thrombus could be made from a plaque obstructing the smaller artery. Supposing that a plaque is torn from the other part of the body (leg, arteries or heart) or some other debris obstructs the blood flow, that process is called an embolism.

Often called a mini-stroke, TIA is a special type of ischemic attack where the blood supply is temporarily stopped causing the symptoms of a stroke, but the blood flow recovers completely, and the brain fully restores its functionality. TIA is a sign of serious cerebrovascular damage, and it could predict a cardiovascular attack.

Hemorrhagic stroke appears when the blood vessel inside the brain breaks and induces blood leakage. Main reasons for this are hypertension (high blood pressure is putting a lot of damage to the cerebrovascular system), aneurysm (a weak spot on the arterial wall with a look of a bulge or balloon which is prone to rupture), and overusing of anticoagulants (blood-thinning medicines can cause bleeding if overused). There are two types of hemorrhagic stroke.

Intracerebral hemorrhage appears when the blood leakage occurs inside the brain, overflowing the brain cells, injuring them and leaving the sequential ones without a blood supply. 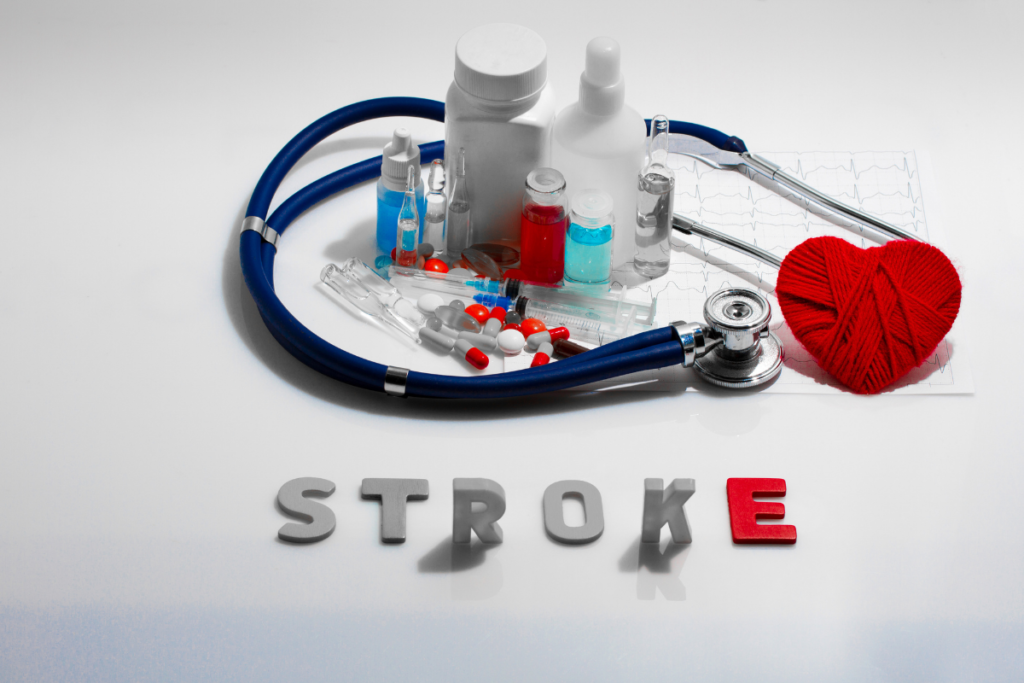 Risk factors which can‘t be influenced are:

Risk factors which can be influenced:

Symptoms depend on which region of the brain is damaged, and they appear fast and suddenly. Consequently, common ones are:

Early complications may develop after a few days or a few weeks after the stroke, while late complications may happen after a couple of months or even years. They can be temporary or permanent, depending on which part of the brain, and for how long it was affected.

Mouth muscles are paralyzed which can cause trouble with talking (dysarthria) and trouble with swallowing (dysphagia). These disorders can be followed by pneumonia, lest the death outcome, preventive use of antibiotics is suggested. Pneumonia could be prevented with breathing exercises or with pureed food. Sometimes, difficulty with speaking and understanding others may happen. That condition is called aphasia.

Certain muscles of the body couldn’t be controlled, and pain, numbness or tingling sensation can be felt. Muscle stiffness on one side of the body which can later bring pain and deformations are present if the region of the brain which controls the muscle movement is affected. Treatment of this complication relies on muscle relaxation techniques or using muscle relaxing medications.

The patient has urinary retention, meaning that the bladder can’t be completely emptied or urinary incontinence, meaning that the patient can’t control their bladder leading to involuntary urination. This problem could be solved with catheterization, but that is followed by a risk of urinary infections.

After the stroke, many people are worried about their future well-being, feeling powerless and anxious, deprived of sleep. Those feelings can later lead to depression which can slow down the rehabilitation. Emotional changes are often observed by family and friends. It is important to tell everything to a doctor who should know how to approach that patient efficiently.

Dementia is usually caused by several mini strokes of both cranial hemispheres rather than one big one leaving the patient easily forgettable and with a lack of attention.

The best way to set a diagnosis for stroke is to conduct neurological tests such as CT scan, magnetic resonance, arteriography or ultrasound. Diagnosis is always clinical, but blood tests are helpful as well. 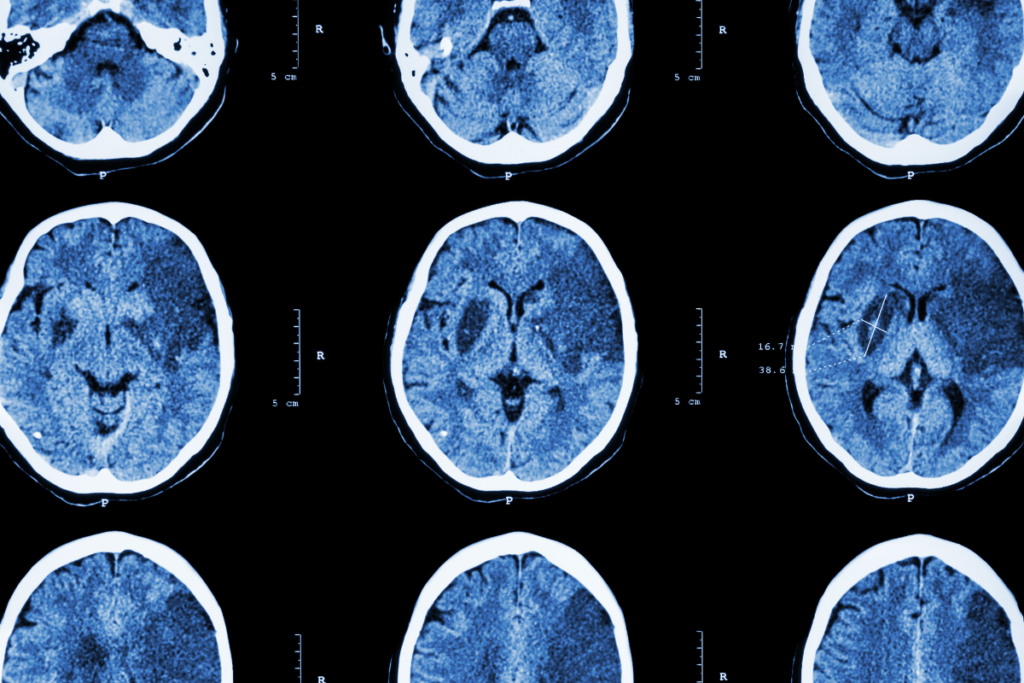 Primary prevention in controlling the risk factors, changing a lifestyle and use of certain drugs is much more effective in decreasing mortality and disability than any treatment after the stroke. The key in the acute phase of stroke therapy is to keep the incomplete ischemic cells alive. That can be done by medicine use applied no later than 4,5 hours after the stroke or with endovascular intervention no later than 6 hours in patients with vascular obstruction. After primary prevention, secondary prevention is needed to avoid a second stroke to occur.

All risk factors on which you can influence should be regulated. Hypertension can be lowered by physical exercises, the Mediterranean diet (lots of fruits and vegetables, olive oil, whole grains, and fish), lowering your salt input, and by other measures (see hypertension) because hypertension accelerates atherosclerosis and damages the arteries which can lead to stroke. By doing exercises you can increase your good HDL cholesterol and lower your blood pressure.

Avoid saturated and trans fats as well as cholesterol because they are crucial in the atherosclerotic process. Therefore, blood sugar should be managed as high blood sugar damages the arteries. Stop smoking, as we said even one cigarette per day is increasing the chance for stroke significantly, but after about 5 years after quitting, risk decreases to as it would be before smoking. Alcoholic drinks should be reduced to a minimum if you can’t avoid them, and one glass of wine per day is recommended. Lowering body weight also lowers blood pressure and cholesterol levels.

Your doctor may prescribe you aspirin which is decreasing the risk of an ischemic stroke if you have a high risk for cardiovascular diseases. Anticoagulants are effective in people with atrial fibrillation and other heart diseases with a bigger risk for embolism (cardiomyopathy, heart valve problems, rheumatic heart disease).

Treatment of an ischemic stroke

The thrombolytic drug that dissolves the blood clot should be used as soon as possible. As a result, at the first 4,5 hours after the stroke it can be given intravenously and to up to 6 hours it can be inserted via endovascular tube right in the obstructed artery. The other way, in particular for removing the large thrombus is using the endovascular procedure of placing the stent retriever which is a net that catches the thrombus and removes it. This should be done under 6 hours after symptoms are shown.

After a TIA or smaller stroke recommendations indicate aspirin + clopidogrel and a statin. Right after diagnosis and possible intervention the long-term secondary prevention begins.

After medium or more severe stroke aspirin or clopidogrel with statin are used. After that, long-term secondary prevention is introduced.

The long-term secondary prevention indicates the same non-pharmacological measures as in primary prevention and the use of drugs which lower the risk for cerebrovascular attack. Beside the anti-platelet drugs such as aspirin, clopidogrel and aspirin + dipyridamole combination which decrease platelet aggregation thus inhibit thrombus creation and anticoagulants which are given if the stroke is caused by heart diseases (atrial fibrillation/heart valve problems), first heparin as a short-acting anticoagulant and then commonly used warfarin as a long-acting drug which decreases coagulation of blood reducing the clotting time, statins, the cholesterol-lowering drugs are used.