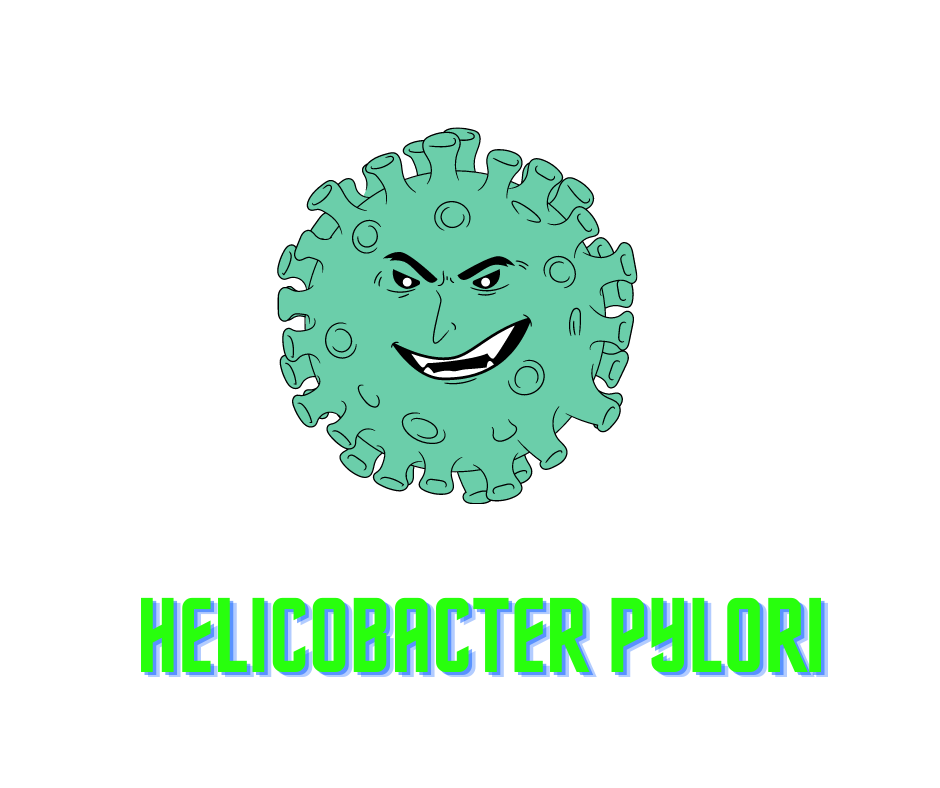 Helicobacter pylori is a bacterium that can only live in humans in the lower part of the stomach and according to the World Health Organization, half of humanity has this bacteria. If left untreated, helicoid bacteria can cause more serious medical conditions.

Helicobacter causes local inflammation of the gastric mucosa, that is, gastritis, and some people infected with this type of bacterium may develop ulcers on the duodenum and stomach. The bacterium thrives in the acidic environment of the stomach because it secretes the enzyme urease that breaks down urea and thus releases ammonia, which neutralizes gastric acid with its basic properties.

Helicobacter is transmitted through dirty hands, which is why it is most prevalent in those parts of the world where there are unhygienic living conditions and are socially and economically underdeveloped. In these countries, it is estimated that up to 80% of the population is infected with this bacterium, while the percentage of infected persons in developed parts of the world is smaller and ranges between 20% and 50%. In addition, the channels through which this bacterium can be transmitted are contaminated food, ie unwashed fruits and vegetables, defective water. And it can also be transmitted by the mouth-to-mouth method from a person infected to a healthy person.

Symptoms in some people who are infected with the bacterium are almost not manifested, so the bacterium can stay in the body for decades, even throughout life. In some people, certain symptoms may develop over time. However, this also depends on the immune properties of the organism. The most common symptoms are bloating, stomach pain, nausea, and indigestion, bad breath, and heartburn. Persons suffering from chronic gastritis do not feel anxious, but this changes if a stomach ulcer occurs. You may lose appetite, which causes weight loss, and in some cases, blood in the stool may occur.

Chronic fatigue, insomnia, anxiety, depression can all be indirect indications that helicobacter has formed in the body. In some people, gastric disorders are much more pronounced, while in some people the intensity of indirect problems is higher.

One of the basic things for eliminating helicobacter from the body is proper and reduced diet and changing lifestyle. It is necessary to have breakfast, lunch, and dinner at about the same time. The interval between meals should not be less than 3 hours and ideally around 4 hours. Avoid carbonated beverages, alcohol, especially white wine, coffee, sweets and sugars, refined foods (eg white flour products…), cooked, roasted and heavily spicy food. Consume green or black tea instead of coffee.

Against the increased secretion of acid, drink at least half an hour before breakfast unsweetened chamomile tea, flax seeds, thyme, sage, nettle, flacon (not hot at all). Strictly avoid tobacco smoke as it stimulates the secretion of gastric acid. Consume integral colostrum, oats and barley. Avoid fresh, white, wheat, cornbread.

You should eat Integral or red rice for lunch until 3 pm in combination with grilled vegetables or low-fat fish. Do not season soups or stews and cooked meals with strong spices that contain additives and flavor enhancers. Do not waste food. From dairy products, sour milk, young cheese and sometimes butter are recommended. Cow’s milk is prohibited. Legumes (beans, peas) should be consumed as a puree, but in principle be careful and limited bring them in.

Food you should eat

Recommended vegetables are cabbage, broccoli, spinach, artichokes, kale, currant, arugula, beets, cauliflower. You shouldn’t eat tomatoes and tomato products, onions, cucumbers, green peppers, mushrooms because they enhance the secretion of gastric acid. You should use fruits rich in raspberry, pear and plum fiber. Cranberries and apples contain flavonoids – chemicals that can stop the growth of helicobacter. Cranberry juice is also rich in flavonoids. Consume fruits between 4 pm and 6 pm, every third or fourth day. Meat (veal, beef, chicken, rabbit…) or fish (sea or river) should be cooked or grilled. Avoid greasy and stronger types of meat or fish. You shouldn’t use fresh and fried eggs . However you should eat soft boiled eggs. Meals should be moderately warm and beverages moderately cold. Eat slowly and cook well.