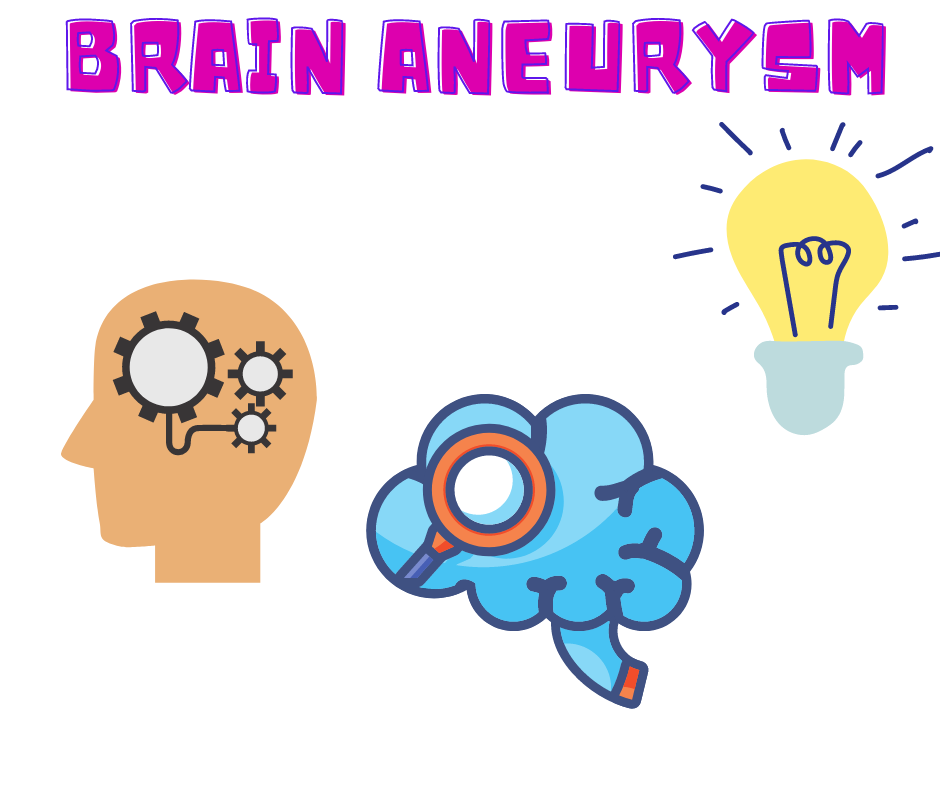 How does it happen?

The wall of the artery becomes weaker in some places over time and due to long-lasting pressure, an enlargement (bulge) occur. That bulge may be in the form of a sac (balloon-like) – saccular aneurysm, which represents the most common form of this condition. The other form of brain aneurysm represents a spindle – fusiform aneurysm.

As the enlargement grows, the sack expands and creates a neck that makes a connection to the artery. When the brain aneurysm is small it doesn‘t pose a greater danger, but as it grows larger it gets prone to a rupture which causes the leakage of blood into the area between the brain and the lining that separates it from the skull, called subarachnoid hemorrhage.

In some cases, people with an aneurysm do not have any symptoms at all. Because the growth of the aneurysm can pressure the surrounding tissue, symptoms such as headache, diplopia (double images), lower eyelid, pain behind or above the eye, trigeminal neuralgia, or uneven pupils may occur.

The rupture of brain aneurysms involves the breaking of blood vessels in the brain. This leads to hemorrhage in the area of the brain membranes. As a result, it leads to hematoma or penetration of blood into the ventricular system. All of this together causes brain damage. In 40 percent of cases of a brain aneurysm that suddenly cracks can be the cause of death. If the patient survives, each new rupture in the next 15 days increases the mortality rate by up to 70 percent.

The most common risk factors for brain aneurysm rupture are hypertension, smoking, patient age (ruptures are more common after 40 years), atherosclerosis, use of medications such as aspirin or anticoagulant therapy, cocaine use, alcohol consumption, head injury, and low doses of estrogen after menopause. Brain aneurysms are more common in women after menopause. A family history of aneurysms is another risk. Certain diseases, such as polycystic disease and AV brain malformations, formerly had a connection with aneurysms.

The concepts of brain aneurysm rupture and stroke are not the same. In the case of a rupture, bleeding occurs in the brain, which gives a clinical picture of a sudden headache, unlike a stroke, where the clinical picture is followed by a sudden resulting half-body paralysis and loss of speech. However, after a rupture, there may be a stroke as a result of the blood vessel spasm. The classic cause of brain infarction is the closure of a blood vessel by a thrombus. Most often, scattered from the heart during arrhythmia, or stenosis of the blood vessels of the neck and brain.

In cases of aneurysm rupture or significant enlargement, treatment is always surgical. Before surgery, it is necessary to determine the condition of the cardiovascular system of the patient. The reason is atherosclerosis, that is also present in a large number of patients.

Whether it is an aneurysm rupture or not, therapy is surgical, in the domain of a neurosurgery specialist.

Endovascular coiling is a procedure similar to angiography. Moreover, an aneurysm catheter is placed and a small metal coil or balloon is placed in it to stop the blood flow to the aneurysm.

In cases where a person is found to have a small, asymptomatic aneurysm, depending on the size, location, growth of the aneurysm, and on the age of the patient, it depends on whether one of these methods is immediately followed, or whether the patient will be monitored.