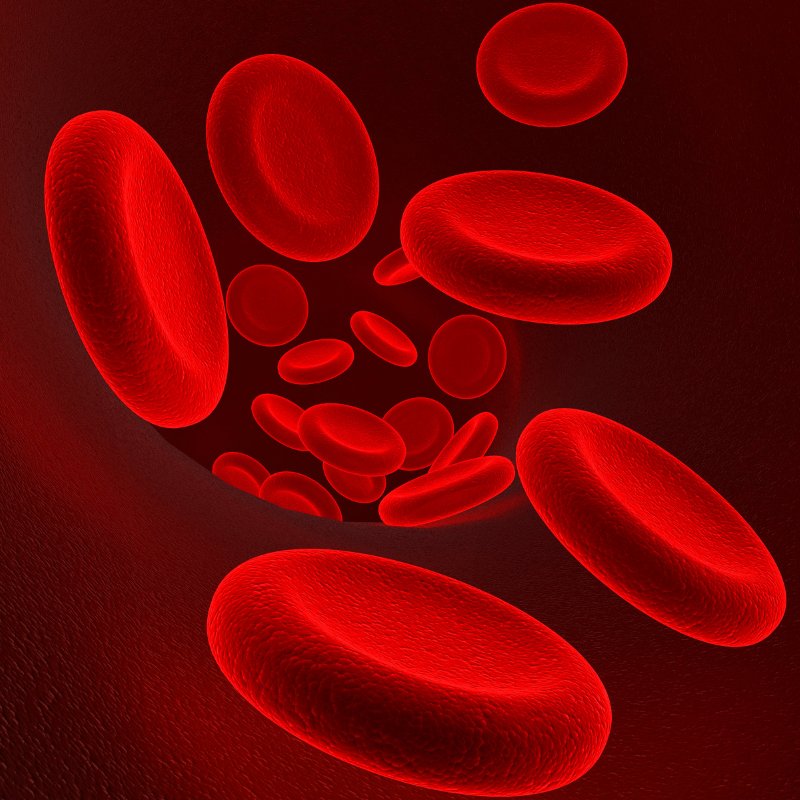 The most vulnerable groups for anemia are women and young children, especially the ones who are living in developing countries. There are nearly 1,5 billion people affected by this condition of which are approximately 500 million women, 250 million men, 600 million children, and 150 million elderly people. This disorder is followed with a higher risk for morbidity and mortality, reducing the general quality of life and patient’s working ability.

Anemia is a condition where hemoglobin or erythrocytes levels in the blood are decreased below the normal values. There are many types of anemia, and each one has a different cause. Erythrocytes are red blood cells (RBC) produced in spongy bone’s marrow. Their main function is to transfer the oxygen throughout the blood to all organs and tissues where it could be used in metabolism. The protein which is responsible for oxygen binding is called hemoglobin, without it, blood would be colorless.

When a cell uses oxygen for its processes, it converts oxygen (O2) to carbon dioxide (CO2), hemoglobin then collects CO2, and makes an exchange for fresh oxygen in the lungs. If the erythrocytes or hemoglobin levels are low, others organs suffer oxygen insufficiency, and anemia symptoms are shown. There is a difference between relative and absolute anemia. In relative anemia hemoglobin/erythrocyte levels are lowered due to the increased volume of plasma (typically seen in the third trimester of pregnancy), and the absolute is a consequence of lowered erythrocyte mass.

Anemia is caused by various problems, although it can be a primary disease on itself, anemia often represents a symptom of other disorders. Erythropoiesis is a process of RBC synthesis, and if that process is interrupted/decreased anemia occur. The second reason is the increased loss of RBC on the other hand.

This is the most common anemia type in all of the global population. Iron is the crucial constituent of hemoglobin, and without it, hemoglobin couldn’t bind oxygen. The deficiency of iron may be due to chronic blood loss, inadequate iron intake or higher iron demand. Hemorrhage is the main reason for this condition, and it is usually provoked by heavy menstrual bleeding, peptic ulcer, stomach cancer, hemorrhoids or the use of NSAID medicines. Inadequate blood intake is frequently seen in vegans and people with a monotonous diet without iron-rich nutrients. Pregnant women, babies, little children, and adolescents have higher iron demands.

Erythropoiesis depends on folate (vitamin B9) and cobalamin (vitamin B12). If an organism lacks these vitamins, the production of RBC is inefficient. Important thing is to distinguish which vitamin is responsible for anemia so it can be treated accordingly. Some people have a problem where their digestive system can’t absorb vitamin B12, called pernicious anemia.

Hemolysis (the destruction of RBC) can be inherited or it can develop later in life. Some drugs, autoimmune processes, and infections like malaria can induce this process.

This disease is an inherited disease that is characterized by rigid, sickle-like shape erythrocytes prone to hemolysis. Unlike the normal, healthy, round erythrocytes who have Hemoglobin A, sickle-shaped erythrocytes have defected Hemoglobin S which is causing this changing in shape. It’s estimated that 1 out of 400 African descent babies will develop this disease.

Chronic inflammations like rheumatoid arthritis, infections like tuberculosis, or other diseases may lead to inadequate use of iron or production of RBC which can induce this disorder.

If the bone marrow is infiltrated by malignant or fibrous tissue, it interferes in blood cell production and causes this disorder. Aplastic anemia is a rare, but life-threatening disease where bone marrow stops the production of all blood cells. 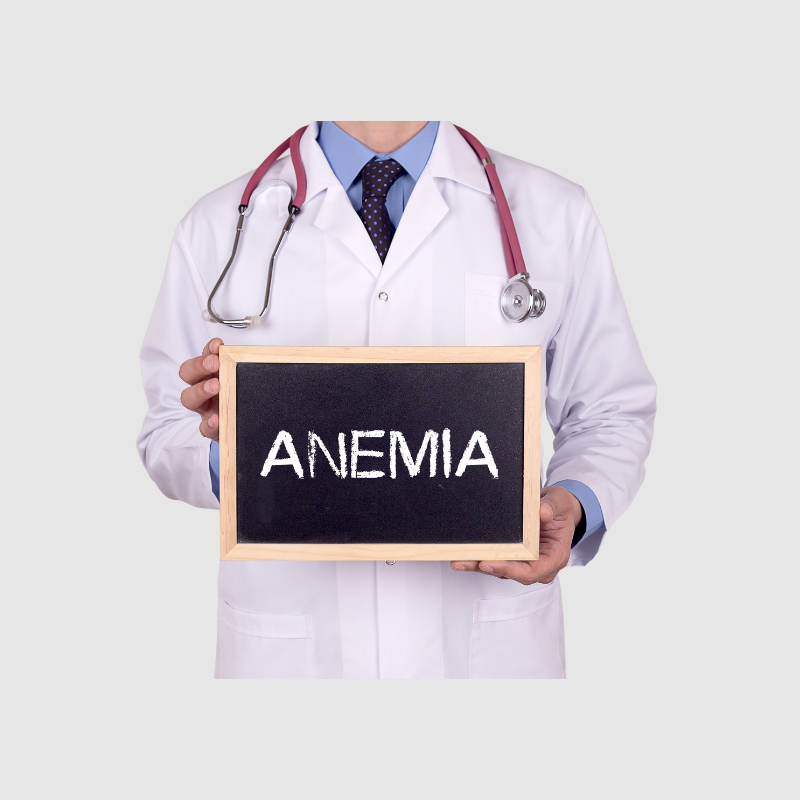 Sometimes is very hard to distinguish this disorder from other diseases, because the symptoms are usually non-specific, related to the severity of anemia, time of progression or person’s age. Since the organism doesn’t get oxygen in the amount it is needed to, general symptoms like fatigue, weakness, dizziness, tinnitus, lightheadedness, lack of concentration, insomnia, appetite loss, depression, shortness of breath, paleness of skin, and cold hands and feet are shown. In more severe anemia, heart starts to beat harder and faster trying to provide oxygen to oxygen-deprived tissues which can induce heart failure.

Some symptoms are specific to certain types. Koilonychia represents abnormally thin nails which aren’t convex in shape but are flat or concave. They break up easily and can represent a symptom of iron deficiency. Other symptoms of this disease may include mouth soreness with cracks on the corners. Symptoms of vitamin deficiency anemia are atrophic glossitis (bald tongue), and diarrhea. Deficiency of vitamin B12 is followed by neurological disorders such as a lost sense of touch, tingling sensation in the hands or feet, difficulty walking or even dementia. 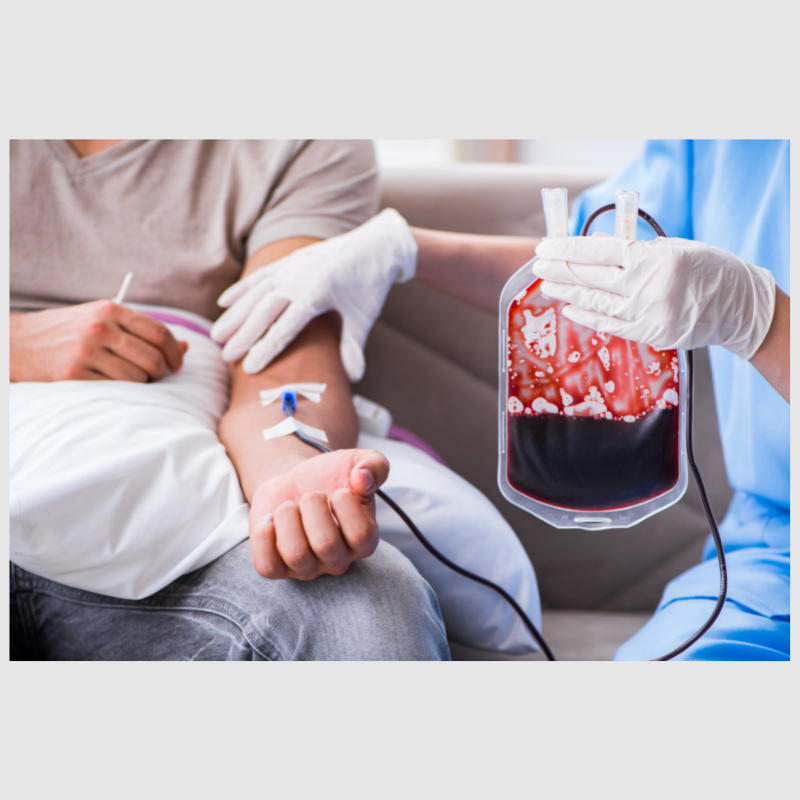 Many risk factors may influence a development of this disorder.

This disorder can cause various complications if it’s not treated .

Pregnancy complications – If the fetus doesn’t get enough folate from a mother, deformations of the brain and spinal cord may happen. Premature birth can occur in pregnant women with folate insufficiency.

Tiredness – Anemia can leave you lethargic and fatigued, making you less active and productive, without a motivation.

Hearth problems – Anemia can cause fast or irregular heartbeat because the body is in lack of oxygen which the heart tries to compensate with pumping more blood leading to enlarged heart or in the worst case, a heart failure.

The most important thing in the determination of anemia are the blood tests. Diagnose is set if the value of hemoglobin is below specified levels for certain age, sex, and altitude.

The cut-off values of Hemoglobin for population living in areas with low altitude are:

Classification of anemia by Hemoglobin deficiency:

After confirming the presence of disease, other blood tests are needed to determine what is the cause for anemia, namely etiological type of anemia.

If you are in the risk group for developing this disorder there are some things that you can do to prevent it, although many anemia types aren’t preventable, those relate to nutrition are indeed. Iron is mostly found in food of animal origin, so if you’re a vegetarian, vegan, you lack the iron-rich diet or you have increased demand for iron, iron supplementation can be used.

Vitamin C is important because it helps the body to absorb the iron. If you lack vitamin C, it’s supplementation can be done because it’s a common one, and it is always recommended to take it if you’re using iron supplementation. Vitamin C is found in citruses, parsley, cabbage, tomatoes, and other vegetables.

It is needed to detect and regulate the reason for the iron deficiency if it’s possible. Usually, the oral form of iron preparations is given in it’s ferrous, divalent state which is easier to absorb. Intravenous preparations are given if the oral preparations aren’t acceptable and if the fast compensation for iron is needed. In more severe cases, doctor resolves to blood transfusion.

Treatment is etiological, it depends on the cause of the disorder. The goal is to increase the Hemoglobin level, managing the oxygen transportation in blood, thus relieving of symptoms.

This type of anemia is treated depending on the cause of the deficiency. Folate is given in oral preparations and vitamin B12 in muscle injections. If a patient has pernicious anemia, vitamin B12 needs to be given until the end of life.

Hemolytic anemia is treated according to its cause. So, antimalarial medication is needed if the malaria is causing this disease. Autoimmune processes are handled with immunosuppressants. Sometimes avoiding the exposure to factors that are causing hemolysis is enough, but in more severe cases a doctor may resort to plasmapheresis (plasma exchange, blood filtering) or splenectomy (surgical removal of the spleen).

Antibiotics are often given to prevent pneumonia. As a result drug hydroxyurea is a myelosuppressive agent that can be used in sickle cell anemia as it stimulates an alternate form of Hemoglobin (Hemoglobin F) that isn’t susceptible to shape changing.

The treatment is focused on managing the primary disease followed by blood transfusions and the use of synthetic erythropoietin. Erythropoietin is a hormone, normally produced in kidneys. Its function is to stimulate the production of RBC in the bone marrow.