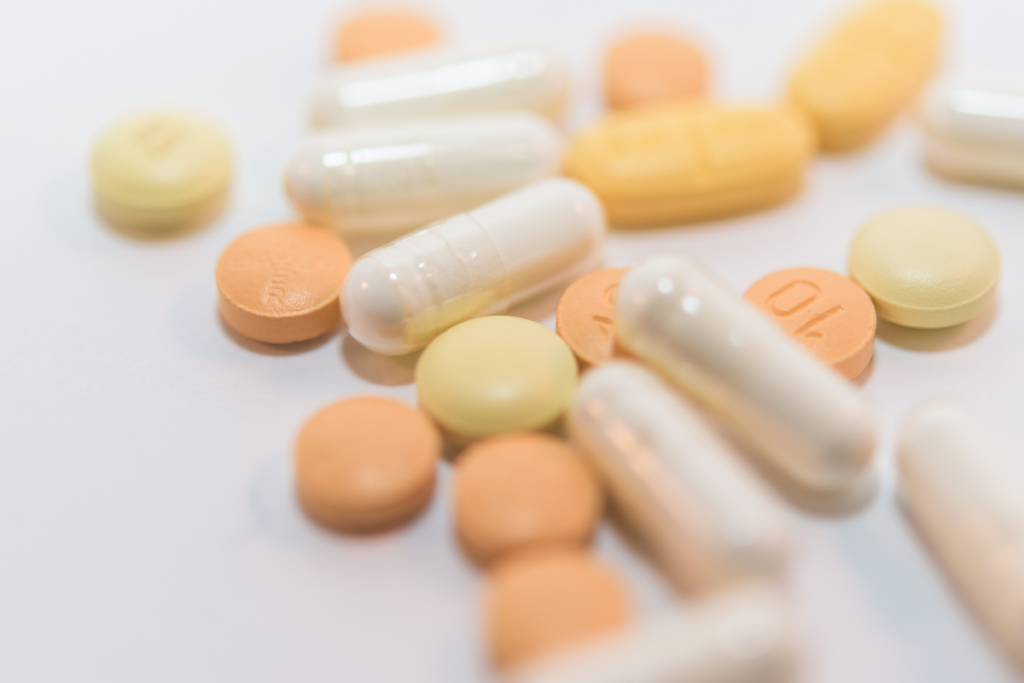 Antiarrhythmic drugs are used in the treatment of various heart rhythm disorders to restore sinus rhythm and to prevent arrhythmia recurrence. Some of the drugs, like digitalis and quinidine, have been used for hundreds of years since the 1800’. The local anesthetic procaine has shown to have antiarrhythmic effects in 1936, so to overcome its short half-life, its amide, procainamide was synthesized. After that, other sodium channel blockers were sought. Beta blockers were discovered in the 60’ and their antiarrhythmic properties in the years after that. Amiodarone was developed in 1961, but its use in arrhythmia treatment begun in the 70’. Verapamil, the most widely used drug from the class of calcium channel blockers was synthesized in 1981.

Action potential represents the change in electrical potential, passing the impulse along the cell membrane, so it has a great role in rhythmic heart contractions. For action potential to occur in heart muscle cells and Purkinje fibers (conducting fibers) it needs to go through several phases.

Phase 0 consists of rapid sodium ion (Na+) passage into a cell, causing fast depolarization. This phase is initiated by the activation of Na+ channels.

Phase 1 includes rapid inactivation of the Na+ channels, stopping the sodium ion passage into the cell, characterized by partial repolarization.

Phase 2, the plateau phase represent the slow passage of calcium ions (Ca2+) into the cell, where the membrane potential almost stays constant.

In phase 3 potassium ions (K+) leak out of the cell causing rapid repolarization.

The pacemaker cells (SA and AV node cells) don’t have rapid sodium ion passage, as slow-entering calcium ions are responsible for initiation and propagation of their action potential, so they don’t go through the phases 1 and 2. The SA node is the heart’s natural pacemaker. The action potential is then passed to the AV node, after which it gets passed to the bundle of His, and finally to the Purkinje fibers. 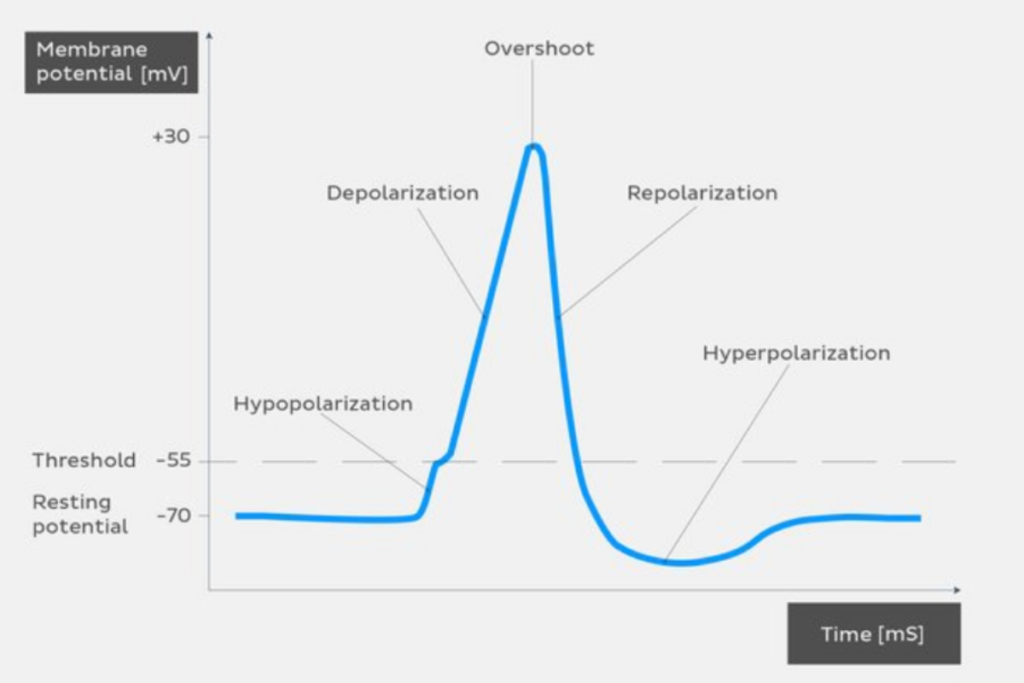 Classes and their mechanisms of action

Based on their different effects on heart cells, antiarrhythmic drugs are divided into 5 classes by Vaughan-Williams classification. 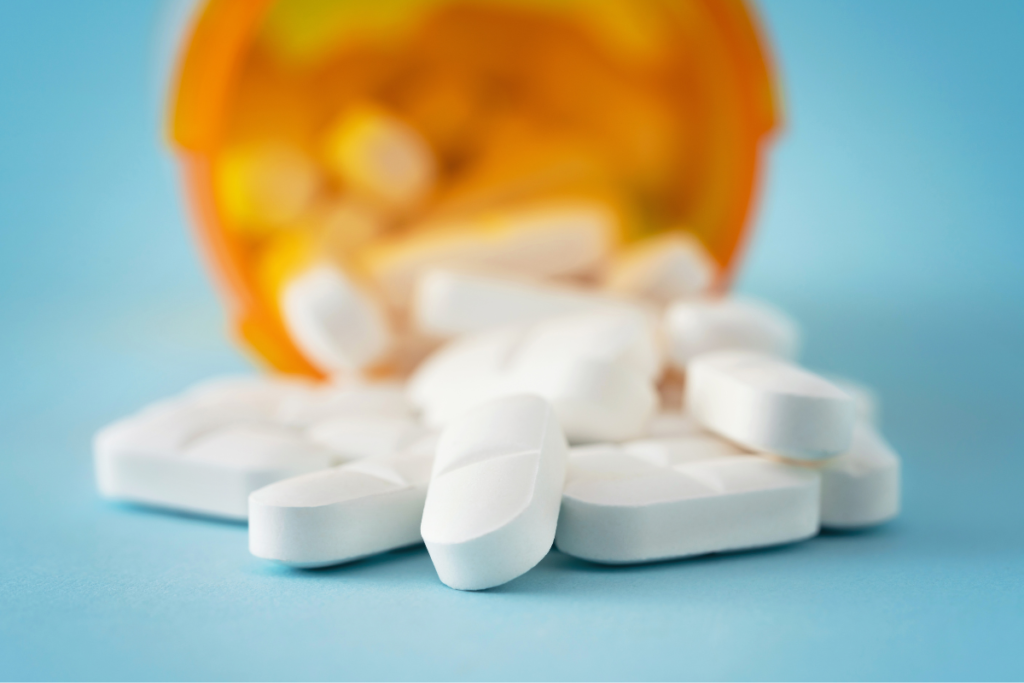 Class I of antiarrhythmic adrugs is further divided on subclasses Ia, Ib, and Ic. Mechanism of action of these drugs relies on sodium channel blocking, reducing the passage of sodium ions which are responsible for the rapid depolarization. Class I antiarrhythmic agents stabilize the cell membrane, meaning that they decrease the cell excitability.

Representatives of this subclass are quinidine, procainamide, disopyramide, and ajmaline. They prolong the duration of the action potential, moderately blocking Na+ channels.

Some patients who are using procainamide may develop the prolongation of QT complex on ECG (which may lead to torsade de pointes), hypotension, bradycardia or lupus erythematosus-like symptoms. Procainamide shouldn’t be used in people with complete heart block, second and third degree AV block, torsade de pointes, or people with systemic lupus erythematosus.

This subclass include lidocaine, mexiletine, tocainide, and mexiletine. They are shortening the action potential duration, weakly blocking the Na+ channels.

Indications for class Ib antiarrhythmic drugs is the ventricular tachycardia, and they’re used for the treatment of life-threatening arrhythmia caused by myocardial infarction.

Examples of this class are flecainide and propafenone. They do not affect action potential duration, but they strongly block the Na+ channels.

Propranolol can cause some side effects in certain people, Those common to other beta blockers are bradycardia, hypotension, bronchoconstriction, cold hands or feet, erectile dysfunction, fatigue, dizziness, upset stomach, slee disturbances, and AV block. It should not be used in people with bradycardia, hypotension, second or third degree AV block, asthma or chronic obstructive pulmonary disease, sick sinus syndrome, cardiogenic shock, or decompensated heart failure.

Antiarrhythmic agents of class III predominantly block the potassium channels. They affect the phase 3 of the action potential, prolonging the repolarization. These drugs don’t affect the conduction velocity, but they prolong the duration of the action potential and refractory period. The main representatives are amiodarone, ibutilide, dofetilide, dronedarone, and sotalol.

Amiodarone have relatively many potential side effects including QT prolongation (which may cause the torsades de pointes), photosensitivity and blue-grey discoloration of the skin, hypothyroidism or hyperthyroidism (associated to amiodarone’s structural similarity to thyroid hormones and high iodine content), liver dysfunction, pulmonary fibrosis (very rare, but serious condition), peripheral neuropathy, corneal microdeposits caused by secretion of amiodarone by the lacrimal gland ( sometimes people see halos in the corner of their vision, but it rarely progress into blindness), bradycardia, and upset stomach.

It should not be used in people with sinus node dysfunction, sick sinus syndrome, second and third degree AV block, in pregnancy/lactation, and in combination with drugs that can cause torsade de pointes (antiarrhythmic of class Ia and II, and other drugs with those effects).

Amiodarone can interact with many other medications, so it’s important to tell your doctor or your pharmacist which drugs are you using. Some of the important amiodarone interactions include the ones with digoxin, warfarin, simvastatin, verapamil, levofloxacin.

Amiodarone may increase digoxin’s concentration in blood by 100% so it’s important to monitor digoxin’s levels in blood and to well-adjust its dose.

Amiodarone may increase the effects of warfarin, inducing it to express its toxic effects, leading to bleeding.

Coadministration of amiodarone and simvastatin may be associated with increased risk of myopathy as amiodarone leads to an increase in levels of simvastatin in blood.

Simultaneous use of verapamil with amiodarone can lead to reduced contractility, hypotension, and AV block.

Levofloxacin is a quinolone antibiotic, and those drugs can prolong the QT interval in some patients, so if it’s used along with amiodarone, torsade de pointes may occur.

Class IV of antiarrhythmic drugs includes non-dihydropyridine calcium channels blockers such as verapamil and diltiazem. They block the slow L-type Ca2+ channels decreasing the conduction velocity and prolonging the repolarization of the AV node.

Indications for class IV antiarrhythmic drugs are supraventricular tachycardias (not including the WPW syndrome).

The antiarrhythmic drugs that don’t fit in previous 4 mentioned groups with different, various mechanisms of action belong to the class V. Some of the most important drugs of this class are adenosine, digoxin, and magnesium sulfate. Adenosine activates the adenosine receptors in SA and AV node, increasing the potassium ion leakage, leading to the hyperpolarization of the heart’s conduction system, indirectly blocking the influx of calcium ions, leading to AV block. Digoxin inhibits the Na+/K+-ATPase increasing the contractility while decreasing the heart rate, and electrical conduction through the AV node. Magnesium sulfate (MgSO4) decreases calcium passage into the cells, preventing early afterdepolarizations.

In some patients, the adenosine can cause hypotension, bronchospasm (dyspnea), chest pain, flushing, lightheadedness, and asystole. It shouldn’t be used in people with second or third degree AV block, sick sinus syndrome, asthma, or bradycardia.