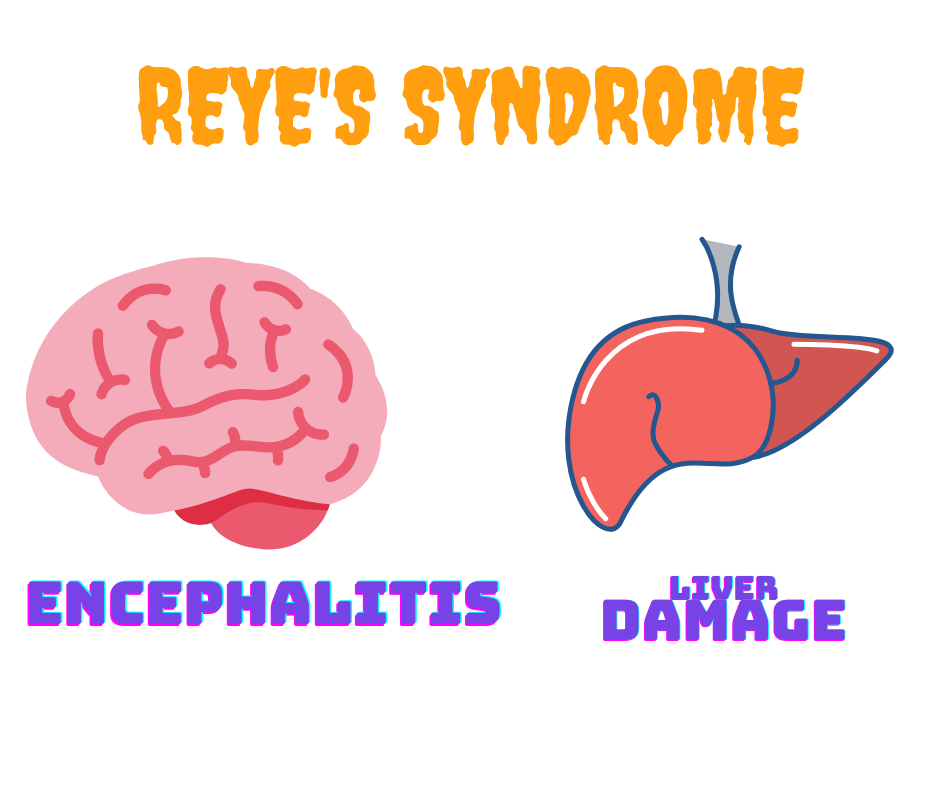 Reye’s syndrome most commonly affects children under the age of 15. It usually starts about a week after a viral infection, such as a cold, flu, or measles. Doctors are still not sure what exactly is causing Reye’s syndrome. However, research shows that aspirin can trigger Reye’s syndrome If given to children for the treatment of viral diseases.

This syndrome can become a very serious health condition. If parents suspect the possibility of this disease, they should seek immediate medical attention.

It is assumed that this is a congenital deficiency or a reduced amount of enzymes involved in ureagenesis. The disorder is characterized by encephalopathy, impaired liver function and hyperammonemia (increased ammonia in the blood). In 25-50% of cases it is a fatal outcome. The reason of high death rate is no effective therapy.

In the case of the syndrome, vomiting and fever are accompanied by disorders related to brain dysfunction (gaze, amazement, strange behavior, delirium, apathy, irritability, sleepiness). If the patient does not receive assistance quickly, the loss of consciousness can degenerate into convulsions and coma.

For the diagnosis of Reye’s syndrome, it is considered whether there is any unexplained brain dysfunction (encephalopathy), vomiting and liver dysfunction in a child. A recent viral infection and aspirin use certainly support the diagnosis. In general, laboratory studies that reveal an increase in liver enzymes and ammonia levels and a marked decrease in blood sugar (hypoglycemia) increase the certainty of the diagnosis. However, metabolic disorders can exhibit similar symptoms.

Unfortunately, there is no absolutely effective treatment. First, the treatment reduces the effects of metabolic dysfunction. Patients with Reye’s syndrome are hospitalized in an intensive care unit and monitored to prevent a worsening of the neurological and metabolic conditions. The primary goal is to manage electrolyte imbalances and brain edema. It is difficult to predict which patients may be affected by progressive disease. However, using some drugs tends to reduce ammonia levels (a substance that causes of brain swelling). In addition, in some cases of progressive and difficult to placate Reye’s syndrome, doctors use hemodialysis to remove toxins, which are partly responsible for swelling of the brain.